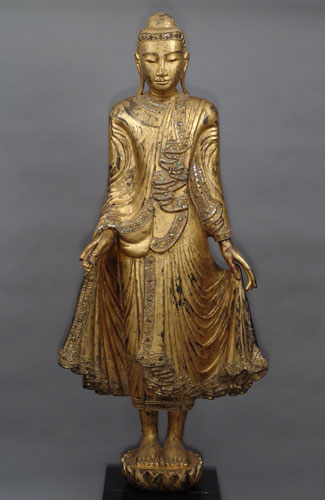 Gift of WIlliam A. Hensley

This image displays the characteristics of the late 19th century style known as the Mandalay style, after the Burmese capital city of the time. The features of such images include decoration with inlaid glass and gems, a simplicity of line, an expressionless face with regular features, an elaborate band between the forehead and the hairline, small hair curls, and a rounded bump on the head. This bump is called the ushnisha and represents the Buddha’s wisdom.