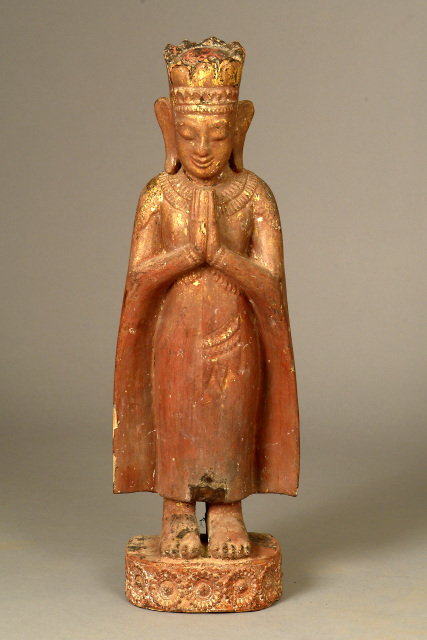 Images of donor kings and queens, princes and princesses, and ministers were placed around the base of the Buddha’s throne. Most of the time they are paying homage to the Buddha as expressed through their hand gestures. These figures are otherwise relatively uncommon in the development of Southeast Asian art.

Here the king is a standing figure with hands in the attitude of reverence and held against chest, in anjali mudra. The image is dark red with traces of gold leaf especially on the crown which has a petal-like design. The king wears royal robes on one side and a monk robe on the other. He is standing on a semi-circular base with nine lotus flowers carved on the sides.